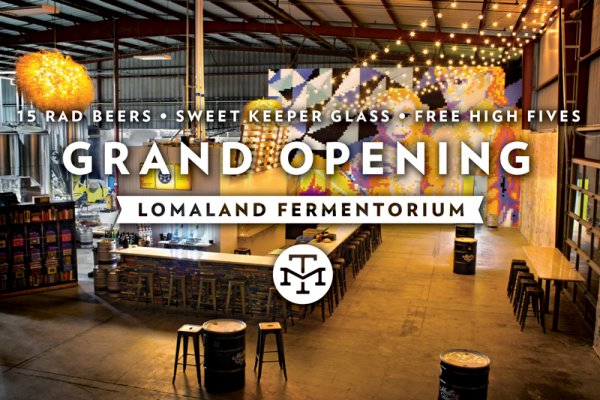 Modern Times Modern Times opened their tasting room, and I couldn’t be more delighted. Can you go wrong with a cartoon wall? Probably, butI think it would be difficult.

More important is the beer. This is San Diego, and increasingly, having a cool naming scheme, and hairy hipsters working for you isn’t enough to keep you on the list. Modern Times appears to have nailed both sides of the formula.

Modern Times has well thought out beers, each of which are going for something specific in the glass. They created a cohesive aesthetic around those beers, which in my opinion affects the complete experience of a product which is why I mention it.

Im not a qualified beer critic, I just play one on my blog.

Instead of getting myself in over my head, I will just recommend that you take a notepad or handy guidebook like 99bottlesofbeer, and make your own reviews. Its a fun hobby that is great for your relationships with friends and family.

What I enjoy about making notes while tasting, is not so much evaluating what breweries, or beers are “better”, but looking at what different brewers seem to be “going for” in their beers. You can see patterns in the use of flaver. You sort of get to know a range of beers and brewers a bit.

There is alot of play within a given style in American Craft Brewing, and with the freedom to mix things up, or even make stuff up, it can be fun to follow these “beer chefs” and see what you can learn about what they are doing and how, maybe even why. Beer is fascinating, and fun, and San Diego is the place for it.

Please check out Modern Times. Feel happy, that they named their amber IPA Blazing World. Show San Diego beer some love. There are so many brewers to visit, but really, you probably do have the time.

The growler program is up and running. Use it.